Achieving food security whilst reducing dependence on non-renewable and environmentally hazardous inputs is one of the greatest challenges facing humanity.

In one of the projects, a multi-site field study was conducted in Thailand, China and Vietnam over a four-year period.  Nectar-producing plants were grown around rice fields to attract beneficial insects.  Crops were monitored for levels of pest infestation, insecticide use and yields.  This research led to widespread adoption by farmers in Asia.  Related studies in Australia have led to impactful findings for commodities as diverse as cotton and forestry.

Use of the ecological tactics led to revised farm management practices by rice farmers in China, Vietnam and Thailand, as well as by pine and cotton growers in Australia. The research also led to the development of a novel crop protection product based on plant compounds used in Australia and Turkey.

Tactic: Farms plant nectar-providing crop plants near the borders of rice fields to enhance the activity of the natural enemies of pests.

Tactic: The exotic bark beetle disrupted a previously successful biocontrol program against a key pest in the Australian forestry industry, the Sirex Wood Wasp. Charles Sturt University research highlighted how to minimise the effects of the bark beetle on biocontrol of Sirex.

Result: Forestry managers changed their standard operating procedures which reduced the area affected by Sirex from 1.5% in 2007-2008 to 0.2% by 2014.

Tactic: Spraying crops with natural compounds that plants release when under attack by pests attract natural enemies of the pests.

Farmers can recognise the benefits [of the research], because on their own initiative, they’re reducing spray intensity to less than one‐ third of conventional practice. It saves them money… they’re also getting higher yields…for those reasons, this method has taken off in East Asia. It’s now used by tens of thousands of growers and has become recommended practice…in China.

More about the researcher 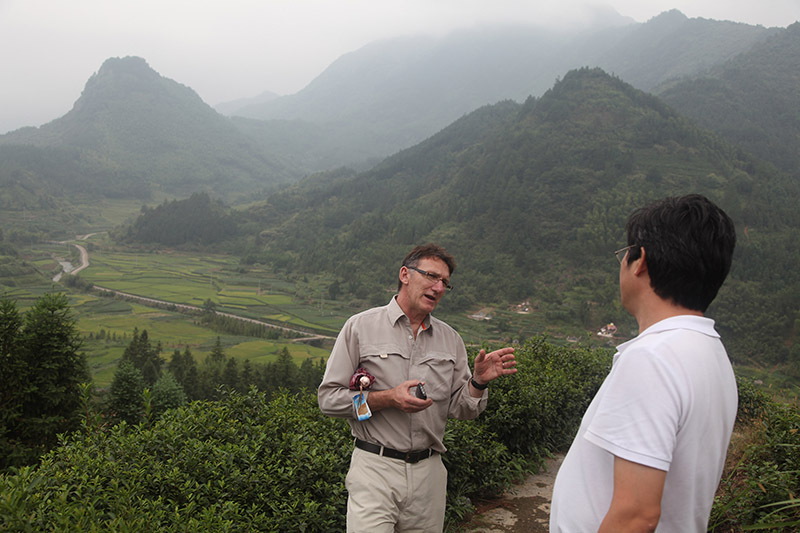 As Professor of Applied Ecology, Geoff leads one of the largest entomological research groups in the country that has recently included members from Europe, Africa, Asia and the Pacific as well as Australasia.  The group - with its wide network of national and international collaborators - aims to better understand the biology of pests, their natural enemies and the defence mechanisms of plants.  This knowledge is being used to develop more sustainable crop protection strategies.

Led by the International Rice Research Institute with Professor Gurr leading the biocontrol enhancement plank within that project.

Funded by the Australian Research Council (ARC) via the Graham Centre for Agricultural Innovation.

Charles Sturt University aims to create a world worth living in